Most people think only of making money. They don’t realize that there are different kinds of money to work for. Robert Kiyosaki believes that there are three kinds of income:

Ordinary earned income: Generally earned from a job via a paycheck. It’s the highest-taxed income, and thus, the hardest to build wealth with due to high taxes and the fact that you’re trading time for money. Your ability to earn is based on how long you can work.

Portfolio income: Generally derived from paper assets such as stocks, bonds, and mutual funds. It is the second-highest taxed income, and is moderately hard to build wealth with due to low returns.

Passive income: Generally derived from real estate, royalties, and distributions. It is the lowest-taxed income, with many tax benefits, and is the easiest income to build wealth with thanks to its combination of low taxes and potentially infinite returns.

“If you want to be rich, work for passive income.”

To illustrate this, Robert uses a simple diagram:

“That, in a nutshell, is all an investor is supposed to do. It’s as basic as it can get.”

This is why when someone gets a raise, Robert doesn’t tell them to put it in a 401(k) or to live below their means, which essentially means saving. Rather, he tells them to pay themselves first and invest that money in cash-flowing assets. In short, convert your pay raise into passive income.

Get market updates, trends, and more. 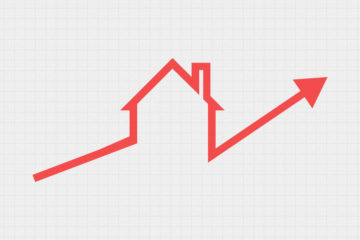 Real estate is property comprised of land and the buildings on it, as well as the natural resources of the land. Real estate can be grouped into three broad categories based on its use: residential, commercial and Read more…

How to Create a Sustainable, Passive Income for Life

If your goal is to work less, earn more, and finally escape the Rat Race, then you need to start creating passive income for life. HOW TO CREATE PASSIVE INCOME Learn more by saving your Read more…

How to Make Money Driving with Lyft

Whether you’re paying rent, saving for a vacation, or could just use extra cash, drive with Lyft. It’s a flexible way to earn and meet a new community — passengers and drivers alike. WHAT IS Read more…